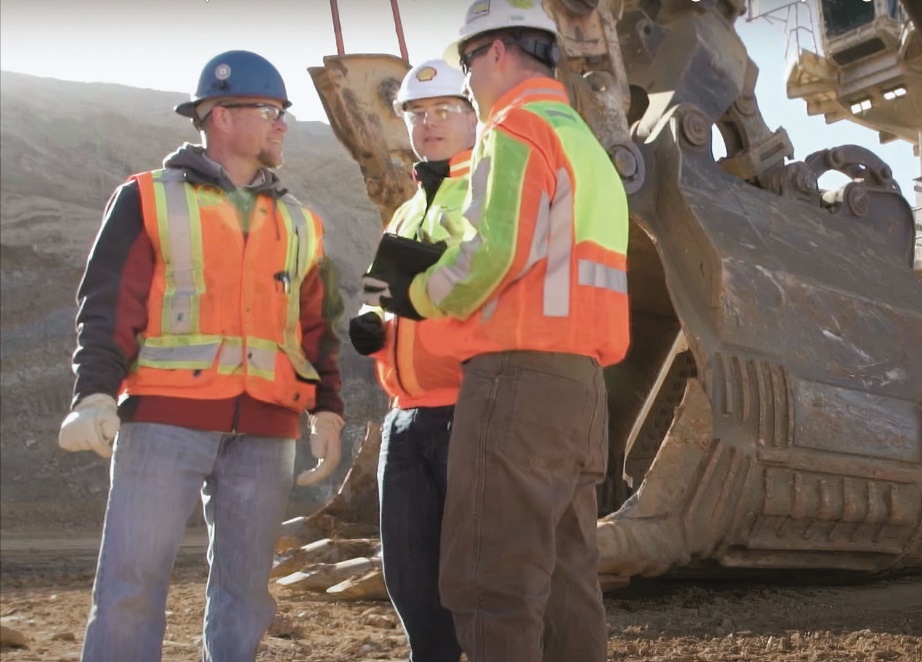 Surveys show that more than half of unplanned equipment shutdowns in mining can be traced to incorrect selection or management of lubricants. (Photo: Shell Lubricants)

Choosing the correct lubricant is just the first step – it then must be applied when and where needed, in the right amount and without environmental harm. New lube products and systems can eliminate guesswork from the process.

By Russell A. Carter, Contributing Editor

In the long history of mining, there was a time when grease was simply grease and its less-viscous sibling was just oil. Both were injected, poured, brushed or spread as needed into machines or onto surfaces for protection against friction, heat and rust, and were left to do their jobs until the next scheduled service — or something broke.

Today, their roles remain largely the same, but changes in the mechanical environment, economic factors and even social trends have generated an expanding universe of formulations, delivery systems, and preservation techniques aimed at ensuring that grease and oil products function as expected with minimal unwelcome outcomes and less direct or indirect environmental impact.

The acquisition and repair costs of crucial mine equipment, coupled with the value of lost production, have elevated supplier and customer focus on lubrication performance to a level commensurate with other key operational measurements, which means grease and oil systems are getting the same sort of smart sensor capabilities, real-time monitoring and data analysis currently available for everything from drill components to diesel engines.

Consequently, lubrication technology is an active area for product development and improvement. Here are just a few recent examples:

• Hitachi incorporated features in its latest EX-7 series hydraulic excavators ranging from a greaseless center joint that self-lubricates with the machine’s hydraulic oil for reduced daily maintenance, to a new auto-lubrication system with a large-capacity grease tank, new grease pump, in-line grease filter with breather and grease level indicator in the cab.

• FLSmidth’s innovative MAAG Gear LGDX side drive unit for ball mills — a three-stage spur gear with torque split — features a compact footprint for installation flexibility and a unique lubrication system the company claims extends the service life of the unit by approximately 40% when taken in combination with the ability to flip the gear box and operate it in reverse.

This lateral gear unit is designed to avoid dust intrusion with the bearings and medium- and high-speed gearing by separating them from the tooth contact between the output pinon and girth gear. The LGDX includes two independent lubrication systems, one that services the girth gear guard and typically encounters more dust, and a second that supplies oil for the faster-rotating gearing and bearings and stays clean.

• Petroleum-product suppliers such as Phillips 66 continue to develop new grease and oil formulations for better performance, such as its Multiplex 600 grease, which contains heavy base oils, a special polymer and a lithium complex soap thickener, fortified with extreme-pressure and anti-wear additives plus rust and oxidation inhibitors. According to the company, it has excellent thermal stability at high temperatures, high load-carrying capacity and protects metal parts against rust and corrosion. Its tackiness properties and heavy base oil provide high adhesion to bearing surfaces, maintaining an effective seal to help minimize bearing contamination, improve retention, reduce leakage and provide excellent resistance to water washout.

As is the case with most major lubrication product suppliers, Phillips 66 also has a wide range of diesel engine oil products. The lineup includes eight brands starting with T5X Plus, a heavy-duty monograde oil, and extending upward to Guardol XT Full Synthetic oil, developed for diesels operating under extreme temperature conditions. With this many choices available from just one supplier, it’s critical to select the right product for the application — a point that was highlighted in the October 2020 issue (see Considerations for a Mine Maintenance Program, pp. 40-43) in which an industrial lubricants engineer underlined the need for end users to employ one or more oil condition-monitoring tools to get optimum performance from their lube choices.

Relying on tuning fork technology, the sensor monitors the direct and dynamic relationship between multiple physical properties to determine the quality, condition and contaminant loading of engine oil, hydraulic and gear oils and other lubricant fluids. An interesting feature of the sensor is its ability to detect — through viscosity, density, dielectric and resistivity measurements — so-called wrong filling, where an engine has been filled with an incorrect grade of oil, leading to possible internal damage.

Another way to prevent wrong filling is through basic lubrication product management. Whitmore Manufacturing’s lubrication management line, OilSafe®, offers fluid storage products designed to filter and protect operational fluids from contamination before and during application and through color coding to identify each type of fluid and its associated containers.

In addition to the OilSafe line, Whitmore, a subsidiary of CSW Industrials, markets a broad selection of performance lubricants and reliability products. It recently announced it and Shell Oil’s U.S. subsidiary established a joint venture called Shell & Whitmore Reliability Solutions to offer expertise, advanced equipment and services, and an integrated product portfolio for North American mining and rail customers (see below).

Lubrication-related mechanical problems can be frustrating for mine maintenance departments and costly for mine management. Across a large-scale mining operation, lube requirements can vary widely in frequency of application, product composition, injection pressure and other factors from machine to machine, not to mention distance to job site, relative risk to crews and potential for financial loss — a bad wheel bearing on a pickup truck poses little risk in this category compared with a slit main conveyor belt due to a seized roller, for instance.

It’s hard to pick one type of equipment that’s more susceptible to lubrication failures than another, but some recent studies point to conveyor systems as a leading contender. A customer poll taken at Swedish bearing manufacturer SKF’s 2018 Life Cycle Management Conference, for example, revealed that participants thought conveyors were by far (44%) the most problematic asset type in terms of reliability, followed distantly by mobile equipment (17%), grinding mills and crushers (11% each), and HPGRs, fans and pumps (6% each). SKF also noted that an in-depth analysis of two-year predictive maintenance records of a conveyor system at an iron ore mine in northern Europe revealed that bearing damage in the end pulley and drive pulley were the two chief causes of conveyor breakdowns.

In addition, an audit including visual inspection of 11 conveyors at a major iron ore mine in Australia, including 39 pulleys with 78 bearing housings in total, indicated that contamination and improper lubrication are the main issues in pulley bearing failures. Here’s the breakdown of problems:

• Little or no evidence of lubricant at grease exit point of sealing arrangement;

• Too many lubrication points mounted on bearing housing;

Conveyor breakdowns aren’t only a mechanical challenge, they’re a safety issue as well. SKF cited data from the U.S. Mine Safety and Health Administration (MSHA) showing that 43% of injuries and 24% of fatal accidents in mining occur during conveyor maintenance or inspection. The conveyor-related fatal accidents typically include replacing idlers, clearing blockages and cleaning up with a shovel or hose.

To reduce the risk of conveyor mechanical failures and worker injuries, SKF recommends a three-point approach that starts with upgrading the conveyor pulley bearings to match or exceed the service life of the conveyor lagging. This will increase pulley reliability, reduce grease consumption by as much as 90% and improve worker safety, according to the company. SKF also recommends either periodic or continuous vibration and temperature monitoring of the conveyor pulley bearings and drives as part of a comprehensive predictive maintenance program. And their final suggestion is to install single point or multipoint automated lubricators or systems to better control grease consumption and reduce the exposure of workers to the rotating machinery and hazardous areas.

SKF’s TLGU 10 allows maintenance technicians to listen to the sound of grease filling a fitting and alerts them to stop filling when the correct amount has been injected.

The company recently introduced the BPH30, a new hydraulic barrel pump aimed at large single-line, progressive or dual-line automatic lubrication systems. Target applications include excavators, loaders, haul trucks and other heavy machinery. It can be configured to specific needs, according to the company, which added that it is built from heavy-duty materials and has a compact design that allows it to be mounted in tight spaces. Built-in sensors monitor oil pressure, temperature and piston movement. Flow rate and reverse pressure can be adjusted according to the needs of the application.